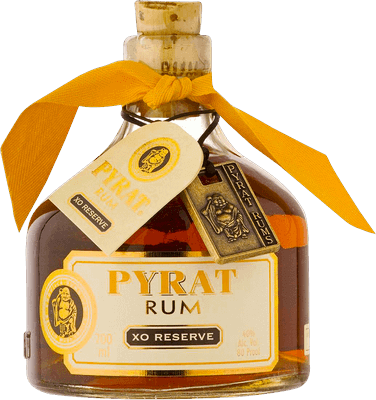 "Pyrat XO rum review by Jimmy from The Drunken Pirate"

A very definite hit of oranges.

"The orange taste is very much at the forefront and the burn leaves behind a bitter tang of orange peel."