Pusser’s British Navy Rum 15-Year is a blend of five rums from Jamaica, Guyana, Trinidad and Barbados which are produced in mainly wooden pot stills. The blend is aged for 15 years.

The company derives its name from the British Navy 'Purser' who distributed a daily 'tot' of rum ration to each sailor - a tradition which lasted from 1655 until 1970. In 1979 Charles Tobias obtained the rights to blend the original recipe of the British Navy Rum.

Pusser's British Navy Rum is casually known as “Nelson’s Blood” as a nod to the famous death of Admiral Nelson. After being mortally wounded in a naval battle in 1805, Nelson’s body was preserved in a barrel of rum. 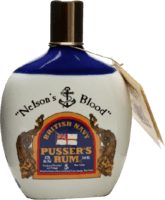 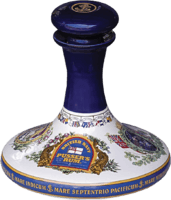 "The flavour bursts through it is rich and fruity but it also has that dry almost whisky like note. ."