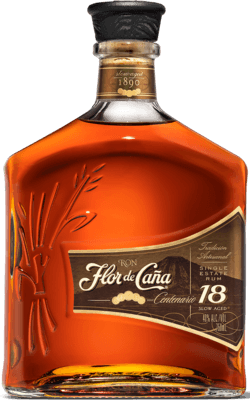 A sugar-free 18-year old, ultra premium rum that is sustainably produced (Carbon Neutral & Fair Trade certified). From a 5th generation family estate, it is naturally aged without artificial ingredients, distilled 100% with renewable energy and KOSHER certified. A full-bodied rum with a long and smooth finish that lingers in the palate. Best enjoyed neat or on a rock, with a peel of orange.

Toffee, Caramel, Dark Chocolate, hazlenuts and a little touch of tobacco give a sweet but not overly cloying nose.

"It’s not overly sweet and retains a dryness which is particularly good on the finish."