Lies, lies and lies... In fact Zacapa is nice, rich, full of flavours, but where are they come from? If you like flavoured spirits, this is drink for you and you can still call it rum.

One of the first rums I purchased and enjoyed it at the time, but as my rum horizons have widened, I now find it over-sweet.

There is so much sugar present that it overwhelms just about everything else the rum has to offer.

I was also swayed by the reviews here, so I bought a bottle. In my opinion, this rum is not that good. Too sweet and it lacks a pleasing finish. It packs an alcohol punch. If you can legally buy Cuban Rum, similarly priced Ron Santiago de Cuba 12 years is superior. If you cannot buy Cuban rum and you want the solera process, Santa Teresa 1796 Solera is legal in the U.S. and is far superior.

Sweet and smooth. Easy to drink. Reminds me of diplomatico but not as good

First foray into sipping rum. I like sweet, and to me this was not sweet enough. Was fine to use in making an old fashioned as the bitters reduced some of the harshness.

Yep this is a great rum. But compared to other great rums I had this one is in the middle of them. It doesn't stand out that it needs to. It have an sweet oak smell of vanilla and spices. The taste is smooth and sweet with vanilla, caramel and toffee. But something is missing. Maybe it needs to age more. But a good rum to a good price.

First, I'm glad that I bought the 50mL bottle. It is tasty....watery super sweet sugarcane syrup with some alcohol on it...I'm sorry. I think it is potstill distillation which yields a rich and flavorfull rum....it has those characteristics but they are thrown away with all the additives they put into. Neat, I don't like it and it would be a waste for whatever you put it into.

Handsome bottle, may be sweeter than a whisky aficionado prefers, but I did enjoy the sweet, smooth flavor myself, I like a sweet rum sipper after dinner. Not "true" 23 year old rum, (solera process), but enjoyable for most, nonetheless.

This is a nice drop. Understanding that this has a little added sugars but I take annoyance from the bold 23 on the bottle when clearly most of the spirit is probably 6-8 years old. There is a little bit of astringency hanging around suggestive of a much younger blend. Now I prefer to mix my drinks and this works really well, but for the price, I can do better. Bottle presents really well and the woven straw makes it easy to grip. Advertising blurb sounds really good. Deserves an 8 but I felt like marking it down for self aggrandisement and dishonesty

Not bad, but too sweet and a bit overrated. Posted 9 Jun '17 by Guildive from United States with 6 ratings
7

Bottle:
Very attractive packaging with a hand-woven band around the bottle. Looks great on a shelf and is very easy to pour from.

Glass:
The rum has a pleasing dark reddish amber color, with slow,syrupy legs dripping down the sides of the glass.

Mouth:
Very similar to nose, which is not necessarily a bad thing other than the rather overpowering brown sugary sweetness. A strong charred oak flavor is there as well, but this mostly comes through the nose while drinking. The mouthfeel is not oily, which works well for this rum.

Finish:
There is a significant burn which verges on wiping out the taste. This is more burn than I would prefer for a rum marketed at this level. Oddly, there is a slightly bitter aftertaste which ends the taste rather poorly.

This is a rum I would recommend as a gateway rum for getting friends who don't drink rum into rum-tasting. It's a decent offering, but a bit too artificially sweet. Clever marketing has done a lot for this rum, which doesn't quite live up to the hype. Along with Zaya, this is a good intro rum, but there are much better sippers to be had out there, especially for the price.

Note: I tried this rum for the first time a couple years ago, and it was in my opinion much better than the bottle I just opened. Noticeably younger/harsher flavor profile this time around, I suspect they might be mixing in a higher percentage of younger rums to increase yields and profits and trying to compensate by adding in more sugars. At the current price (in my area) of $50, I cannot recommend it. I wouldn't pay more than $35-40 in the future if the quality continues to degrade.

Very easy rum to drink.. Bit sweeter then the Flor de Cana.. not as sweet as the Diplomatico..

Overall it's OK. Very sweet, smooth however by no means a real aged rum. An over priced mixing rum or perhaps a good starter for new rum drinkers who have a sweeter palate.

Don't buy this is you're looking for a premium aged sipping rum. Not worth it for the price.

Despite my best efforts, it's good and a nice one to recommend for people who haven't ventured into rum.

Like others, I'm less than enthused both with their failure to label the extra sugar added and with the solera style in general. I'm a Richard Seale disciple so solera isn't my favorite labeling mechanism.

That being said, it's hard to deny that this is well done, even if it is a little on the sweeter side.

The color and nose is very good but a bit sweet. Good notes of spice and a good sipper on occasion. Not a true 23 year old but a reasonable price point for a decent rum.

Very tasty finishing with vanilla flavor. I liked it more when thr bottle was open early enough to let him breath

I rate my rums against this.
I know it's a blend with an average age around 8-10 years, I know it probably has colour and sugar added, but like Johnny Walker it is consistency for the upper mid-range.
And it does that beautifully.
Nice bottle.
Dark amber in the glas.
Nose of toffee and dried fruit.
Mouth of figs, burnt sugar and caramel - what's not to like?
Gentle afterglow.


Beaten on price by the Plantation version and definitely the Marks & Spencer own label, both of which are sweeter although the latter seems discontinued.
You want to understand why rum is good?
Start with this.

This is an overrated rum in my opinion. Diplomático Reserva Exclusiva is cheaper and much better. I would rate it 7++ or 8--

Best rum I have tasted. Smooth and sweet, but not too sweet.

Great rum. It really suprised me. Sweet taste and lots of flavours to taste. One of the better Rum I taste in a longer time!

Solid quality rum. But theres something missing. I was hoping for a mind blowing experience drinking this rum with the hype. It's good but not amazing. Nice flavours come through, not harsh and you can appreciate what's going on.
Great bottle and colour.

A good rum to start your rum adventure. Everybody can drink it and thus is good rum to introduce for new rum drinkers who thinks rum is nonsence. 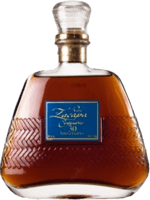 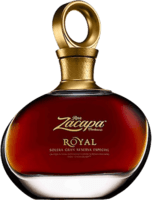