Not your ordinary distillery tour by a LONG SHOT! 10 out of 10

In 1989 we ran across this distillery by picking up a hitchhiker on N1. It was a Sunday afternoon & we were touring the island in a rental van. She told us if you take me all the way home I have a surprize for you. Game on! After the stop at her home we went to a distillery that looked like it was closed for a long long time. She said "I'll be right back. 15mins later out comes the owner. He said since you gave my gal a ride I will give you a tour. Boy were we surprized! He was so into his rhum that he took us over to where he hand bottles his rhum. He could tell we were in a state of shock & he was loving it! He said " Look I happen to be bottling a special cask for my clients and you just happened to make my most important list". We said " We'll take a case of whatever it is". He said NOT a chance but I could let a bottle or 2 go. We said how about 3. He said 1 and we ended up with 2 for $40. When we tasted the sample it was the best liquour we ever tried. Again we asked for a case saying name your price. "NOPE! If you want 2 don't ask again". Silence ensued. We watched as he hand poured it out of the cask, hand glued the label, wax sealed the cork & put his personal stamp in the hot wax. This is still by far the Creme de Creme of all rum/rhum. I believe, to this day some 30yrs later that I will never find it's equal or better. Hopefully I will sail to this mystical place again and have a chance to relive this once in a lifetime dream! 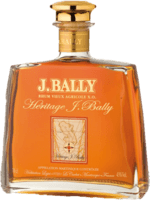