Published by The Rumlab over 1 year ago 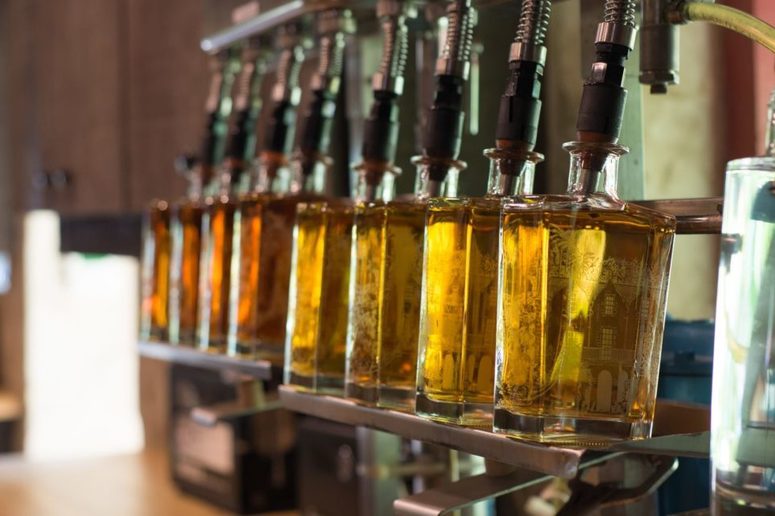 Nevertheless, there is a third method in which it ferments a concentrated syrup called sugar cane syrup or sugar cane honey. Brands such as Zacapa and St. Nicholas Abbey use this cane byproduct to produce exquisite and authentic rums. Both combine tradition, innovation, and creativity.

Zacapa rum, a Guatemalan spirit, is pure rum made from sugar cane honey. The production process starts with the first-press concentrated sugar cane juice that turns into “miel virgen” (virgin honey). The raw material grows on mineral-rich volcanic soil in the South Coast of Guatemala, nourished by numerous rivers.

When this virgin honey reaches its perfection, it goes on to slow fermentation. In this process, they use yeasts extracted from pineapples that provide to the spirit wonderful aromas and flavors.

They use a column lined with copper designed to distill the rum, then add flavor and eliminate impurities. The distillation lasts from 100 to 120 hours to achieve the complexity of the alcohols in aromas and flavors. In this process, it defines the profile of each expression.

Once the distillation is finished, the result is a product called “crude rum” that is transferred from the Coast to the mountains. There, the aging takes place and the rum acquires its distinct taste.

“The House Above the Clouds” is where the magic occurs. It is located in Quetzaltenango in the head of a valley of 2,300 meters (7,545 feet) above sea level with an average temperature of 62 °F (16.7 °C). The cold and moist climate of the mountains slows down the aging process, while the lower atmospheric pressure and air density allow intensifying the color, flavor, and aroma.

This part of the rum production is based on their unique Solera System aging process, where rums of various ages are mixed in wooden barrels. Behind this process is Lorena Vázquez, Zacapa Master Blender with 36 years of experience in the rum industry. She carefully supervises this amazing rum’s journey that includes four types of barrels.

First, the rum passes through white oak casks that previously aged American whiskey. Second, it is housed in American whiskey barrels previously treated through a burning process, here the brew absorbs the wood sugars from the barrel interior’s caramelized surface as it ages. Third, it shares flavors with those that aged Spanish sherry wine. The journey ends in casks that aged Pedro Jimenez. Since this wine is very sweet, a high percentage of Zacapa rum sweetness comes from these barrels.

Each barrel fulfills the important function of highlighting different aromas and flavors. Likewise, this process allows their rum to be homogenized since the barrels are sealed with tulle leaves and remain without movement for two or three years. Then, their content is emptied and mixed in a large wooden pipe. Finally, the barrels are refilled to continue aging for two or three years more and so on until they are 23 or 25 years old.

During a Live Stream on Zavvy.co hosted by The Rum Lab — (LatAm) Women Leading Rum you should meet — Lorena Vázquez highlights that “every year we buy many barrels, and the old ones are only used to store aged rums. This allows us to have a complexity of aromas and flavors… [So that], this rum is made for whoever wants to try a different variation of rum.” Some of the Zacapa expressions are Zacapa 23 Centenario, a balanced and smooth flavor, as well as complex and versatile, it was born in 1976 to commemorate the first centenary of the city of Zacapa. Zacapa XO 25 years, a Super Premium rum made from a Zacapa Centenario 23 and aged two years more in French oak barrels that previously contained cognac. Zacapa XO, a limited edition made from rums aged 6 years to 20 years, with a 2-year-old cognac barrel finish.

St. Nicholas Abbey is the only distillery in Barbados that makes rum from sugar cane syrup. It has more than 360 years of heritage and is managed by the Warren Family. This month, The Rum Lab presented Zavvy.co a Virtual Tour of the distillery with Simon Jackson Warren.

The Live Stream introduced us to their spirits and how they are made. They cultivate and harvest by hand a select variety of sugar cane, beginning in January. Currently, 10 acres are planted and reaped for use by their cane syrup factory.

For making rum, they hand-fed freshly cut sugar cane into an 1890 steam mill, where it is crushed just once to extract the sweetest juice. A few minutes later, this juice is fed to the vacuum evaporator at low temperatures to pasteurize the syrup. To ensure premium freshness and quality, the syrup is stored for future rehydration in the fermentation pots. This also makes it possible to ensure year-round production since the Barbadian crop season runs only from January to June.

This process takes place in “Annabelle”, a combination pot still and distillation column that produces ethyl alcohol at 92% diluted to 65% and aged in the finest American Oak bourbon barrels. Annabelle also allows for handcrafting the product to retain selective compounds produced by the yeast during fermentation, which gives this rum its distinct characteristics.

After three years in oak barrels, the spirit is removed and re-barreled to ensure an even characteristic to the vintage. There is no blending during the production process, and no artificial flavors are added.

Furthermore, in Warren’s words, they only use traditional methods to make rum without complex mechanical systems, so that their products are literally from the barrel to the bottle. In this sense, they prioritize quality over quantity. St. Nicholas Abbey is characterized by hand-bottled expressions such as White Rum (Bajan See-Through), made from sugar cane syrup that sits in stainless steel for 3 months before bottling. 5 Years Old Rum, made from white rum and aged in old bourbon barrels that previously contained aged molasses rums, it is bottled by hand into decanters. 22 Year Old Rum that represents their maxim “Quality and Tradition”.

Other rums produced by the distillery are 8 Year Old Rum and 15 Year Old Rum. Although, both are particularly made from molasses, they are also taken straight from the barrel and aged at St. Nicholas at bottle strength.