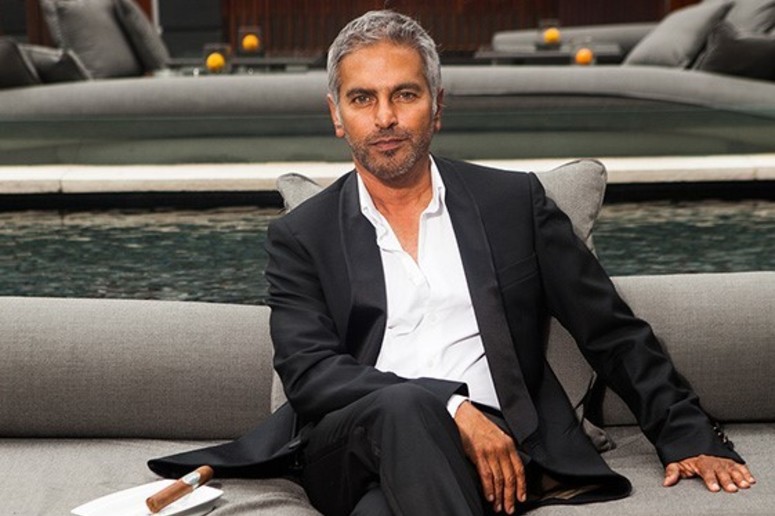 1. Who is Kiran Shiva Akal?

My name is Kiran Shiva Akal. I am the owner and founder of Akal Chai Rum, “the worlds first botanical rum”.  We are the only rum spirit which marries Indian Teas and Caribbean Flowers to fine Trinidadian Rums.  I was born in Trinidad & Tobago. I am the owner and Founder of The SMAKS Luxury Group and the Irish West Indian Rum Company Limited and won an Ideas to Innovation Award from The Government of Trinidad and Tobago for innovation in the field of Rum Production.

Prior to my interest in rum, I read Medicine in Ireland and progressed into a career as a Creative Director. At 27 I was arguably the Youngest Commissioner General in History to a World’s Fair. I am a writer and artist signed to Warner Music and have consulted for all three of Walt Disney’s Theme Parks in Orlando Florida. My life has been in creative entertainment and experience for the last 32 years. I won the Design Stars of America Award from DCOTA (Design Center Of The Americas) in 2013 and was listed in the 100 Most Creative People in Florida in 2010. I have been a speaker at The Competitiveness Forum Of The Americas; The Commonwealth Heads Of Government and Pecha Kucha Miami.

2. What does the rum mean for you? What made you fall in love with rum and when did it happen?

Rum for me, means The Caribbean. Rum also means warmth and celebration. Whilst rum is made in many regions of the world, the Caribbean is as synonomous with rum as France is with wine. As an adult, I started drinking rum and realized that there was something in the quality of the spirit  that spoke of the casual happiness that characterizes the lifestyle of the West Indies.

I liked that rum was free and diverse, like the West Indian Spirit. Devoid of ureasonable rules and ‘fabricated’ regulations around it. Large commercial and political organisations are sadly changing that for rum, something that I think is counter productive, and counter creative to smaller, island rum producers.

We love rum because we can march to the beat of our creative drum and that is why I fell in love with it –  it’s possibilities.

3. Three essential characteristics that define the rum according to your perspective.

Warmth; Harmony; Independence – (something we fought hard for in the Caribbean) These are the core values of our company.

4. What is the most important contribution you have made in the rum industry

Even more distinguishing, is that our botanical contribution comes through my family’s historical link to India. Our product expresses the journey that is personal to us as a family. We were dealing in teas and spices from India 4 generations ago. It was a natural progression for us to incorporate high altitude tea leaves and tropical aromatic flowers in our trade secret process, because we understood them so well. Our expressons are in our DNA. When a process is born out of a unique personal perspective and a love of ingredients it is special. “First In The World” – something not often said.

5. Benefits that the rum industry has given you.

So far, I would have to say creative freedom. It’s what made rum fun.

6. What is another thing you are passionate about, in addition to rum? Why?

Creativity in all its forms. Art, Literature, Architecture, Science, Medicine. I am passionate about a wide variety of things. You cannot truly be creative if you are linear and have a single track mind with a ‘one stop station’. Life, the world, people, are complex and when you take the time to be interested in many things and make a go to master many things, you, the world around you and the things you create are better for it.

7. What is your favorite place for drinking rum?

On the ocean. Our product is called “The Rum Of The Oceans”. We said that because the ocean is where our idea happened. During the time of Trade between Europe and the Far East and the Caribbean, a Dutch Admiral combined tea with rum. Learning of this I was inspired by the idea of discovery and oceanic voyage.

Akal Chai rum is best neat. It is so complex it does not really need to be mixed with the usual juices and fruit formulations – Something that was originally done to mask the harshness of early rums.

Our product is aromatically complex and if you want to mix it then I suggest our Smoked Chai Manhattan and other twists on elegant classics. Here is our Manhattan recipe that was featured on NBC morning Television The HUB:

2 oz Akal Chai Rum; 1 oz Dom Benedectine; 1 oz Bourbon. Stir with ice and strain into a Double Old Fashioned Glass that has been cedar smoked with our signature smoke kit.

9. Why is it important to educate the rum consumer?

Education is everything. When you learn the history or intent of something, or about the process or impact within our society, you walk away with a better ability to judge for yourself and not be told what to think. We are living in a time of immense change from a consumer perspective. People can make up their own minds. Consumers don’t want to be told what to think. So education is the route to avoiding the old barriers to the consumer.

10. Any tips to train the palate and taste a good premium rum?

Yes. Drink some water, relax, and allow the liquid to roll around in the mouth and decide for yourself what you taste. Your sense of taste is very personal.

11. How can the rum contribute to improve the crisis in some countries?

Rum is a large, global industry.  It has huge potential for small island economies. If more creativity was encouraged, more local collaboration, it would benefit the economies and more producers instead of excluding them. Terroir, process, ingredients and freedom to create would allow “the Caribbean voices” to be heard above all. We should learn from the past.

12. Is the commitment to sustainable development the key of success for the permanence of the rum industry in the world? Why?

Sustainable development is not a choice, it is now a necessity. Without it there is no future.

13. Who would you like to meet in the rum industry? What would you say to him/her?

The rum blenders in the “Rum Hall of Fame.” I would ask them how we can continue to innovate in the rum space and where can botanical rums go from here?

14. What are your next goals in the rum industry?

More exploration and expansion of our botanical influences. Further scientific improvements in our techniques. Creating a stage for a broader audience by taking my education and gastronomic experiences in Europe and the rest of the world and looking at it from my “Caribbean perspective’-  In short, considered, constructive, enjoyable growth. Being a part of making rum one of the most sought after spirits in the world.

15. Plans you have when you leave the rum industry.

Supporting creativity and sipping my rum on an ocean.

16.  Why is the role of the bartender important in the rum industry?

Bartenders are the interface between product and user. They are vital in that they are in the business of selling rum and being creative. Quite often they may be the first person to present your rum and elevate the rum drinkimg experience for future Akal Chai Rum enthusiasts.

17. What is your advice for new generations in the rum industry?

Do not be intimidated. Be creative. Own it.

18. How can people learn more about you? Website? Social media page?