Everything rum lovers need to know about DOC in Venezuela 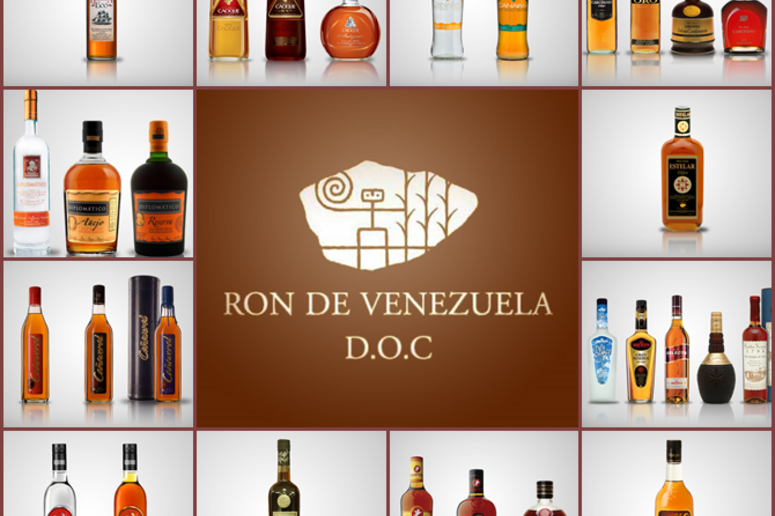 To speak of Venezuelan rum is to speak of excellence and quality, of incomparable flavors that seduce palates and conquer international markets, making it the recipient of awards and recognitions that fill natives and foreigners with pride. Today from The Rum Lab we travel to Venezuela, to learn about the best-kept secrets of these Caribbean rums, which today have a Controlled Designation of Origin (DOC), whose interesting data we will be addressing in the next few lines. Don’t miss them! During the next editions, we will travel to other countries to inquire about their Denominations of Origin in the rum industry. Subscribe to our Newsletter so you don’t miss out on any details.

Belonging to a D.O.C is synonymous with quality, something that is not only recognized nationally but also internationally. The entire process of making the rums that belong to this Venezuelan denomination will have constant supervision, resulting in the product being unique and special.

According to the Venezuela DOC Catalog prepared by the Autonomous Intellectual Property Service (AIPS) in 2019, the raw material for the production of rum in Venezuela is molasses obtained from sugar cane, which in turn contains high levels of sucrose and thanks to this, cleaner alcohols are produced. “Other derivatives of sugar cane from which cane alcohol can be obtained are cane juice or molasses from the first pressings of the mill, as well as the by-products of the first knowledge to obtain sugar,” they point out.

Rum from Venezuela is widely recognized internationally. Sugar cane crops in the South American country enjoy a warm climate, sun throughout the year, and abundant rains that favor the concentration of sucrose. The country’s characteristics also mean that the aging of alcohol is a faster process than in other regions.

Quality as a seal

According to Ron de Venezuela on its website, the Controlled Designation of Origin is a geographical indication used in a product that has a specific geographical origin, whose qualities, reputation, and characteristics are essentially due to its place of origin. “Its quality or characteristics are due exclusively or essentially to the geographical environment, including natural, cultural, and human factors. But it is not only about geography, but about people who with their hands sow the cane, harvest it, ferment it, distill it and age it”, they point out.

The fundamental requirement for a product to be worthy of the D.O.C Ron de Venezuela is to have been aged in American white oak barrels for at least two years, and the raw material cannot be mixed with molasses or alcohol from other countries.

The terroir as a secret

Many attributes define Venezuelan rum and without a doubt, it could be said that the secret lies in its terroir. Its sugar cane crops enjoy a warm climate, sun throughout the year, and abundant rains that favor the concentration of sucrose.

For the Master Blender of Ron Carúpano, Carmen López, what should define the rum is its authenticity. In an interview with The Rum Lab (2022), she says that the unique characteristics that each rum develops are greatly affected by where it is aged.

“When I think of Ron Carúpano I imagine the magic that takes place inside those barrels, resting, totally unperturbed. In the case of Ron Carúpano, aging near the sea, around the mountains in the Macarapana Valley (Sucre state), together with humidity and high and low temperatures, generate an exceptional microclimate that gives our rum unique features that no other place could give it,” She says.

According to the first Master Rum Maker of Venezuela, rum is a distillate that captivates the palate with its flavors. He has a personality, and his strength is very different from the others. It has an elegant and arrogant personality that lights up those who try it. “Rum, if I may say so, is our country as a brand. A Venezuelan rum identifies us with our work, with our land. It is easy to love rum because it provides the best moments”, she points out.

The magic of the process

After the distillation, it goes on to the barreling process, where the barrels are filled with the alcohol to be aged. Once the aging period in the barrels has been completed, they are emptied and thus the blending process is carried out, later it is bottled and labeled so that the product is marketed in Venezuela and the world.

No alterations as standard

According to Omar Hoyer, Ron de Venezuela DOC Ambassador, rums cannot be adulterated with foreign substances that could artificially add color, flavor, or aroma. Each bottle must have the DOC Ron de Venezuela logo on its label, as it is a guarantee of its exceptional quality and its permanence over time. In addition, Omar tells us about the experience and enjoyment of good premium rum, which according to the Master Blender is something very personal. “Just the fact of having the bottle in our hands should make us think of all the experience, knowledge, effort, and achievements of those who achieved such an exceptional product.” Serving it in a balloon glass, in an appropriate place and environment, is the beginning of a ritual that allows it to be identified

A good premium rum should warn us with its color, that we are about to start a journey through a centuries-old tradition of evolution, from its origins to that moment. Its aromatic complexity must impress us every time we experience it and its flavor, through its permanence in the mouth, and in the end, it must be an experience of total enjoyment, sip by sip, drink by drink. Without haste and with full identification and pride for what is ours.

The Fund for the Promotion of Rum from Venezuela FONPRONVEN was created in 2008 with several purposes, one of which is to ensure the quality of the rum produced in Venezuela and defend the authenticity of that drink to avoid violations of intellectual property. through copies and adulterations.

Said Fund established a Regulatory Council that is in charge of carrying out the audits of the brands that have the Controlled Designation of Origin (DOC) so that all the producing houses maintain the optimum quality of their rums.

FONPRONVEN also focuses on creating awareness in the public so that they know and appreciate Venezuelan rum, identified with the hallmarks of Venezuelan rum and endorsed by the D.O.C. In this way, you can appreciate the product and establish differences with other rums.

Other information to know

Within the states of Venezuela that have the corresponding permits to manufacture rum with the highest quality standards, are Aragua, Barinas, Carabobo, Cojedes, Lara, Miranda, Monagas, Portuguesa, Sucre, Táchira, Trujillo, and Yaracuy.

Knowing these characteristics of Venezuelan rum will allow you to appreciate it differently the next time you take a sip to your mouth or bring your nose closer to appreciate its delicate notes. Each one has its own personality. Find out and enjoy it!

In the meantime, we invite you to subscribe to our newsletter so that you can travel with us to a future destination where rum has its Denomination of Origin and its own charm. See you in the next edition!

Published by The Rumlab 1 day ago 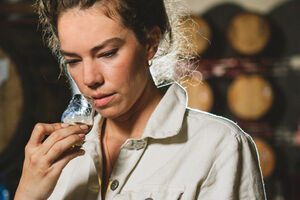 Published by The Rumlab 3 days ago 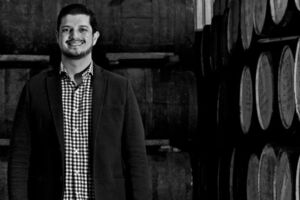 Published by The Rumlab 13 days ago

Published by The Rumlab 16 hours ago

Published by The Rumlab 7 days ago

Published by The Rumlab 14 days ago

Published by The Rumlab 21 days ago