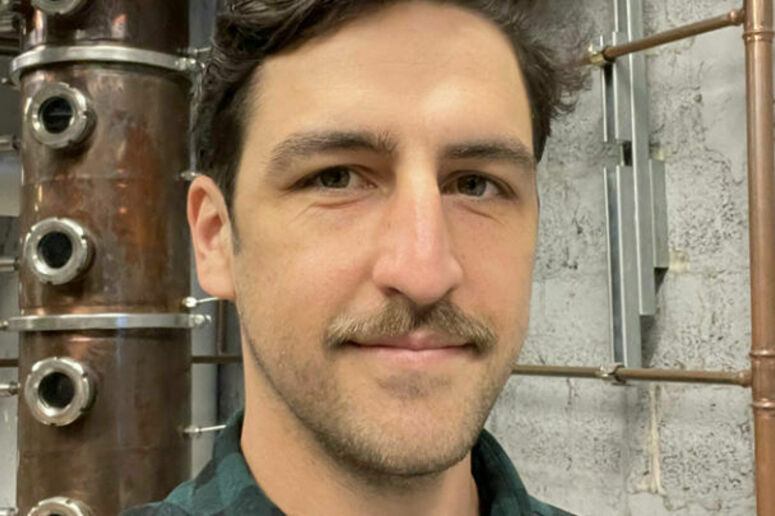 Jordan Cotton is CEO and co-founder of Cotton & Reed Distillery in Washington DC. His day-to-day role consists of wearing many small, mismatched hats. His life so far comprises a series of hard left turns: from majoring in German Studies for some reason to consulting for NASA and the space & satellite industry in DC, then on to starting DC’s first rum distillery; As far as he knows, anyway.

His alcohol tinkering began with making terrible wine and mead at too young an age for such a hobby. The details and organoleptic properties of these early experiments are best not spoken of, but regrettable beginnings are the necessary starting point of the path to improvement.

Learn more about Jordan Cotton, CEO, and co-founder of Cotton & Reed Distillery, in the following interview:

I fell in love with rum about ten years ago. As a Wikipedia rabbit whole type of guy as well as a spirits lover, I’m always looking for the next part of the booze world to learn more about. And nothing comes close to satisfying the unshakable thirst for spirits knowledge like rum. There’s always another tradition to learn about, always another bottling to taste, always another elaborate cocktail to try… It’s pleasantly Sisyphean. You’ll never learn it all but you’ll enjoy the attempt.

For us at Cotton & Reed, we’ve also fallen in love with the idea of helping revive the long-lost category of mainland American rum from the nation’s capital. We can see the Capitol Building from our front door. And at the end of the day in our industry, we’re all at the mercy of government regulations cooked up by our neighbors over there. I imagine due to the collapse of the US rum industry, outside of Puerto Rico there are very few regulatory guardrails for American Rum in terms of style and process. I think TTB has 43 types of whiskey- if you use this much of this grain relative to that grain, distill to this proof, age in this kind of barrel for this long, then you’re whiskey type X. Change one of those variables enough and you’re whiskey type Y. For rum, they’ve got two types: rum and flavored rum.

Compared to other countries that may have stricter regulations and/or a style expectation that gives us and our colleagues a lot of free reins to be inventive and layer in flavor complexity in our own way and we love that flexibility. So we’ve made up our own style, taking our cues from our favorite parts of various rum traditions. We ferment a wash made from 75% cane syrup and 25% blackstrap molasses for five and six days with a sugarcane yeast strain and a wine yeast strain. This builds up grassiness as a nod to French / Portuguese-derived rum traditions, plus rich fruitiness and a plush, creamy body as a nod toward more British-accented rums. We distill twice in our 500-gallon hybrid pot/column still, going up to ~181°, retaining what we built in fermentation while getting as close as we dare to Spanish-influenced light “mojitoability” – If that is a word. We bottle that up as White Rum after a little rest on steel and light filtration, and we’re very proud of the results. All our other products go through the same process before we layer in even more flavor complexity, whether through barreling or spicing.

Complex: Rum has so many wonderful dimensions to it, both across the whole category and within a given product. Grassy, fruity, funky, oaky, thoughtfully spiced, or flavored… bring it all on. For us, this is our holy grail. We want to build something with layers.

Versatile: I like the not-too-precious elements of the rum world. Some of the world’s greatest spirits are available for a pretty reasonable price, so while you can sip them solo to taste, you don’t have to feel guilty about putting them in a cocktail. Just enjoy. This is also top of mind for us- we want all of our core products to be cocktail able in price, flavor, and restrained sweetness level.

Fun: Let’s not forget that this is what it’s about at the end of the day. Enjoyment. I’m not going to drink very often, and an account isn’t going to reorder very frequently, rum that’s academically interesting or ideologically pure but no fun to drink. Let’s have a good time here, people.

My job now is cooler than my old job, where I worked in the space business. That is kinda hard to pull off.

TRL: What’s another thing you are passionate about, in addition to rum? Why?

Still a big space nerd! You know those videos online that zoom out from a person to the solar system to the galaxy and so on to show how insignificant we humans are on the scale of the universe? Just swap in another interest or hobby for the little person at the beginning. Stamp collecting is nothing next to the vastness of space.

This same visualization, unfortunately, applies to Cotton & Reed’s place in the rum world: we are nothing next to the vastness of [mega brand X].

I’ve prematurely become a boring old fuddy-duddy so the honest answer would be “my couch.” The more enterprising response would be “At our tasting room! Come by and spend your money here please.” It is actually a very good bar, though, please do come to see us for a cocktail.

Classic Daiquiri, most definitely! We do 1.5 oz White Rum .75 oz each fresh lime and simple, shaken and served up. Other daiquiri specs have their virtues, but we do find that this one scores highly on the all-important Crushability Index. I tend to go with our White Rum here for tradition’s sake, but our Mellow Gold, PX Dark, and Dry Spiced Rums also show well here.

Too many people say they don’t like rum because they drank something heavily sweetened and artificially flavored in their school days, and they assume that product to be representative of the whole category. I tell them this is the equivalent of dismissing all whiskey after a bad experience with SoCo. It is commercially and morally imperative for us all as rum nerds to combat this unfortunate perception.

Taste with others who share your interest. You’ll each come up with something different and you’ll learn more that way. Also, learn what tails taste & smell like, and then keep an eye out for that lest ye overpay for rum that spins sloppy cuts as “flavorful” or whatever. Many of us have learned that one the hard way.

TRL: How can rum contribute to improving the crisis in some countries?

Any spirit can be an important driver of economic activity wherever it is made, wherever it is taxed, and wherever its ingredients are sourced. I of course am obligated to urge everyone to purchase domestic craft spirits. But when it comes to buying imports, I heartily advocate sending more money to rum places, less to vodka places. Sweden is doing fine.

TRL: Is the commitment to sustainable development the key to success for the permanence of the rum industry in the world? Why?

Yes. So many different sustainability values are factors in consumers’ purchasing decisions. For us, we believe drinking local or at least domestic rum is a sustainability virtue. We source only from Bonsucro-certified suppliers, which is not everything but it’s not anything when it comes to sourcing sustainability.

I think I’ve only ever met Maggie Campbell digitally via semi-regular Zooms we had for a bit? I would like to have a beverage with her one of these days.

Ramping up our aging program. We’re small enough that all of our core products lack an age statement due to our blending practices, and we’d like to dive deeper into the world of aging.

I’ve suggested enough cocktails to tasting attendees, and seen enough eyes glaze over after the mention of a third ingredient, to know that most people aren’t going to bother making anything with more than two ingredients at home. And that second ingredient is probably gonna be ice. So some group of heroes in this society must take up the mantle and squeeze the fresh limes, prep the spiced syrups, cut the cute garnishes, and shake those frosty shakers to show off rum’s hugely varied cocktail applications. It kinda is a shame if nobody did, anyway.

It is fun, it is hard, you won’t get it right on the first few [dozen] tries but as long as you keep improving you should feel good about your efforts.

Published by The Rumlab 21 days ago